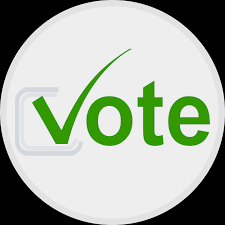 Alright , a lot has happened in the Presidential race since I last posted, so before I do anything else I’ll fill you in. Both Bernie Sanders and Hillary Clinton are currently running for the democratic nomination. Not much has changed on the Democrats side. However, a major change has taken place on the republican side. Both Ted Cruz and John Kasich have dropped out of the race. So that leaves Donald Trump by himself. Congratulations to him for winning the nomination.

Hillary Clinton has basically already won the nomination, unless by some miracle Bernie Sanders wins at least 85% of all the remaining voting states. So, who are you voting for? Many people say that Trump is harsh, racist, and many other negative names but if people think he’s so bad why is he getting all the votes?

I think Trump is so far ahead in the polls because before he was brought into the political life, he was a business man, he knows what real problems people are facing, and what most people want to hear. Personally I like him, but that’s just my opinion, feel free to vote whichever side you want.